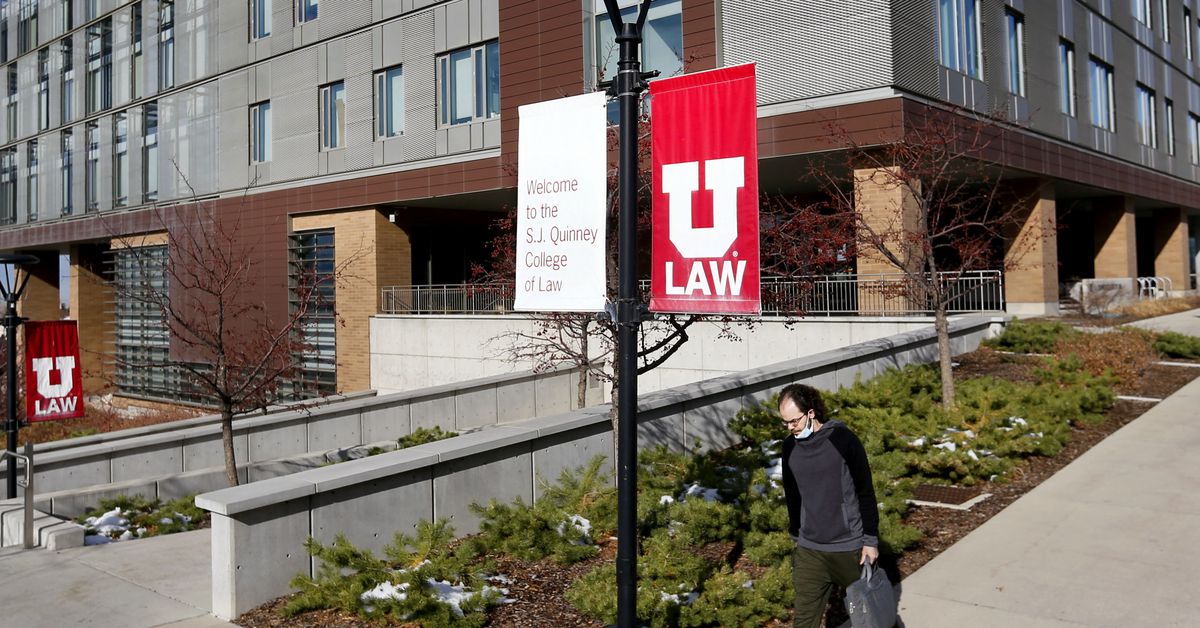 SALT LAKE CITY — Over the past decade, Utah’s population has become increasingly diverse, a trend the state’s top demographer Pam Perlich has described as “irreversible.”

By 2065, the Beehive State is projected to look more like the rest of the nation, with slightly more than 1 in 3 Utahns racial and ethnic minorities.

“That’s just not OK when you have a much larger percentage of our population who are in those categories,” he said.

Smith and Elizabeth Kronk Warner, dean of the University of Utah S.J. Quinney College of Law, have had frequent discussions about how to increase diversity at their respective schools since Kronk Warner became dean of the U.’s law school in 2019.

“Diversity is something that is much needed in the bar. We’ve talked a lot with Supreme Court justices about access to justice and the need to have people who are serving underrepresented communities,” Smith said.

As he and Kronk Warner considered strategies to attract and support more diverse students in their respective institutions, Smith explored a program at UCLA Law that offers full-tuition scholarships to a small number of academically talented, high-achieving applicants who have also overcome hardships or challenges.

He became convinced that such a program in Utah would not only help attract qualified and diverse students to attend law school in Utah, it might also encourage them to establish their legal practices here.

Smith started shopping the idea with local law firms, which was about the same time Kronk Warner was visiting firms to introduce herself to the legal community. She is the first woman and Native American to lead the college.

One of the firms Smith visited was Kirton McConkie. The firm’s president, Lee Wright, was highly supportive of the initiative but told Smith that Utah’s two law schools needed to collaborate.

“We’re trying to do something collaboratively to change not just our respective schools but to change the ecosystem,” Smith said.

Smith said he hopes to award fellowships to 10 students entering law school this fall at BYU, and he believes a like number will be awarded by the University of Utah.

The law schools are seeking candidates who have experienced a broad array of life challenges, yet have persevered academically to the point they have been accepted to law schools.

The selection process will consider students’ hardships or challenges such as disability, being a first-generation college student, or being an immigrant or refugee.

Kronk Warner said aside from the generous financial support of the fellows, the six participating law firms have also committed to mentoring the Achievement Fellows, which will further connect them to the community and legal professionals who can guide and encourage them.

Smith, who was a first-generation college student, and Kronk Warner, a citizen of the Sault Ste. Marie Tribe of Chippewa Indians, both credit mentors for guiding them in law school, as professionals and in academia.

“I certainly was never taught that I needed to promote myself or how to develop business. So if I didn’t have mentors who were willing to teach me those soft skills and help me along and say, ‘You know, when you’re meeting a client, this is what you talk about, this is what you don’t talk about, and this is how you develop relationships and network,’ I don’t think I would be where I am today,” Kronk Warner said.

It is hoped that mentoring will not only help students “survive, feel comfortable and welcome,” but to also encourage diverse students to sink roots in Utah and become part of the legal community, she said.

Many top Fortune 500 companies seek out law firms that have lawyers with diverse perspectives, Kronk Warner said, explaining that this has implications for Utah’s economic development efforts.

Moreover, many studies show when people with diverse perspectives work on problems together, there are better outcomes, she said.

“Let’s increase that pool and let’s get us access more quickly to those types of candidates, so that we can be a part of the change,” Wright said.

She added, “This is a pretty significant financial commitment for the firms as they’re supporting these efforts both at the U. and the Y. It’s a perfect example, kind of putting your money where your mouth is.”

Correction: The law firm Parsons Behle & Latimer is also a supporter of the Achievement Fellowships. The firm’s name was inadvertently left off a press release.