Trump’s Lawsuits Are Politics Disguised as a Legal Strategy 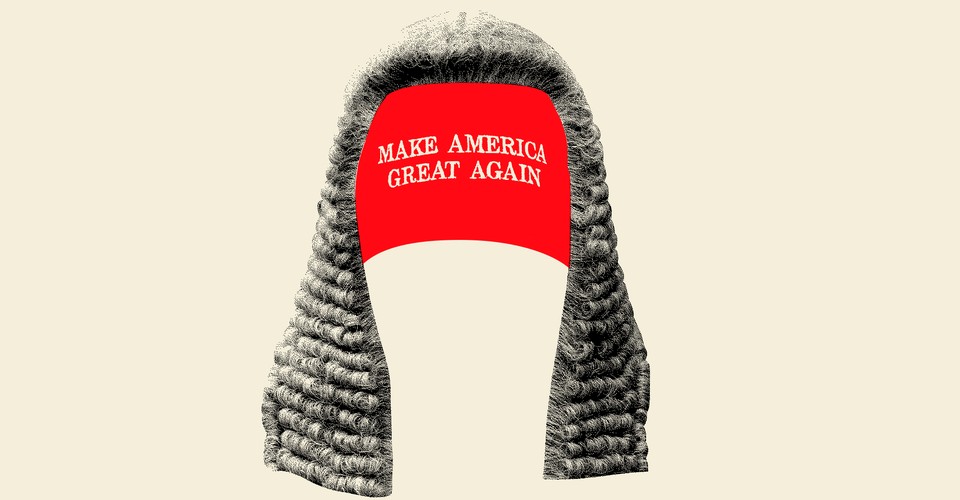 So far, Team Trump is short on legal grounds for upsetting the vote counts or the election results. In Michigan, the campaign filed a complaint Wednesday alleging that the Michigan secretary of state was violating Michigan law by not allowing the campaign enough access to the canvassing process, whereby election officials confirm that every valid ballot cast is counted in the final total. The campaign alleges violations of the state constitution, including its equal-protection clause and the so-called purity-of-elections clause. But under Michigan state law, both of those claims require proof of substantial discrimination or substantial unfair advantage, which does not appear to include after-the-fact glances at who is in the room during ballot canvassing. The judge has already dismissed the case.

In Georgia, the Trump campaign filed a lawsuit claiming that poll workers in heavily Democratic Chatham County received mail-in ballots after the deadline and mixed them into the pool of timely ballots. The judge already dismissed that lawsuit too.

In Pennsylvania, the Trump campaign filed two suits. One challenges the decision by the Bucks County Board of Elections to release the results of the preelection canvass prior to the election—a gripe that would not result in halting the counting, so it’s beside the point. The second case complains about poll-watcher access. An appeals court ruled that watchers can observe the canvass meetings from six feet away. Problem solved.

The bottom line is that a bald complaint about something is not the same as a viable legal claim that will produce results in court. Even judges who seem politically biased in favor of Trump are bound by rules of procedure and evidence, which are established by legislatures. And with the exception of the U.S. Supreme Court, courts are subject to reversal by higher courts.

Larry Diamond and Edward B. Foley: The terrifying inadequacy of American election law

More important, there are no signs so far of widespread voter fraud—a legal concept that boils down to impersonating a valid voter. With the various auditing processes in place under each state’s laws, it’s a hard crime to pull off. It’s particularly hard to pull off on a scale that could change an election, because in order to do that, the fraudster must conspire with a lot of people without getting caught. That kind of “meeting of the minds” is very tough to achieve clandestinely. And voter fraud is a crime that carries a possible five-year prison sentence under federal law. The risk of going to jail over one miscast vote is just not worth it—which is why actual proof of fraud has eluded the Trump campaign and the Republican Party time and again.

In any event, courts will not take cases unless the plaintiff can show that if it gets the desired ruling, the plaintiff’s injury will be addressed. So, the Trump campaign cannot get to the Supreme Court—let alone get a Bush v. Gore–like decision giving him the presidency—if he cannot show that winning the case would make a difference to his injury. The obvious way of healing an allegedly botched election is to secure a ruling that, when implemented, would mean that enough votes would be disqualified to get Trump to the coveted 270 in the Electoral College. So far, none of these lawsuits seek relief that could even conceivably get him there—so courts won’t waste their time dragging proceedings out for nothing.

Trump’s lawsuits appear to be more about politics—and controlling the public narrative—than the law. Maybe they are about assuaging an upset candidate who could face a bleak future—including possible criminal indictment by the state of New York—if the election result means he moves out of the White House on January 20. Either way, without concrete law and facts, the courts won’t save him.

This story is part of the project “The Battle for the Constitution,” in partnership with the National Constitution Center.

We want to hear what you think about this article. Submit a letter to the editor or write to [email protected]

Kim Wehle is a professor of law at the University of Baltimore. She is the author of the book How to Read the Constitution—And Why.