This Is the Home Improvement Decision You’ll Regret Most, Survey Finds 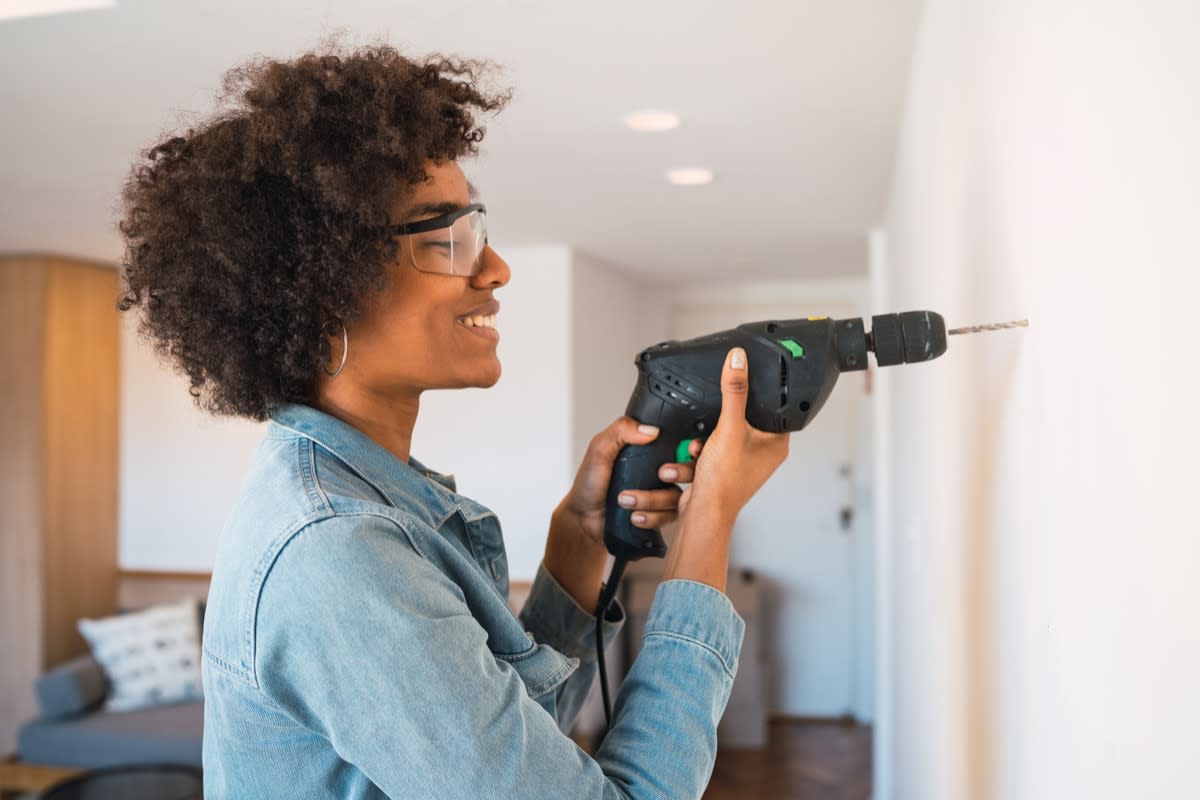 Quarantine has provided many people the time they need to tackle those household projects they’ve been putting off, from minor aesthetic upgrades to major renovations. However, just because a project seems like a good idea initially doesn’t necessarily mean you’ll love it in the long run—especially when you’re doing it yourself. Read on to discover which DIY home improvement project you’re most likely to regret. And for some great home design ideas, This Is the Best Way to Upgrade Your Home Under $50.

A new survey from Sears Home Services reveals that there’s one major regret most people have when it comes to those DIY home improvement projects: installing under-cabinet lighting. While sticking up a few lights underneath your existing cabinetry may not seem too difficult, it’s the project Sears’ survey respondents most frequently said they’d had a negative experience with. A whopping 17 percent of DIYers who tried to hang under-cabinet lighting without a professional’s help said it hadn’t worked out in their favor.

In many cases, overestimating your DIY ability could end up leading to some unexpected bills when the project is complete, as well. Sears found that 46 percent of homeowners who attempted to DIY a household project had to call a professional to fix their mistakes, spending an average of $1,600 to have an expert correct their work. If you want to avoid a costly repair, read on to discover which projects DIYers ended up regretting most, in addition to under-cabinet lighting installation. And if you want to make your home safer, know that If You Have These Popular Pieces of Furniture at Home, Get Rid of Them.

Replacing your exterior siding can make your home look great, or it can just become another source of DIY regret. Among the homeowners surveyed by Sears, 14 percent admitted that they’d gotten in over their heads when attempting to replace siding themselves. And if you want to avoid the ultimate expensive mistake, check out The No. 1 Sign You Shouldn’t Buy That House, According to Realtors.

From the framing to the paint to the knob, there are plenty of ways installing an interior door can go wrong, starting with the cost. “For instance, you might go online to check on the price of replacing an interior bedroom door and find a door at the big box stores for under $150,” says real estate investor and rehabber Robert Taylor, AKA The Real Estate Solutions Guy. “If it’s your first time replacing a door, you can easily forget about the additional items supplies you’ll need: door trim, hinges, doorknobs, caulk, and paint.”

And that’s just what homeowners in Sears’ survey discovered for themselves, with 14 percent saying DIYing this project was not a smart call.

Unless you want your drywall or plaster to come down with that pricey TV, you might want to leave this project to someone who knows what they’re doing. Sears found that 14 percent of people who tried hanging a wall-mounted TV themselves had a negative outcome doing so. And if you want to protect your home, This Is the Biggest Danger Lurking in Your Garage.

A gorgeous set of hardwood floors can make your house look better and may even up its resale value. However, it might be worth it to let a pro tackle this project for you: 14 percent of Sears survey participants said DIYing their flooring was a mistake.

Sure, waterproofing your deck is a good idea, but it’s not necessarily a good DIY project. Among the folks polled by Sears, 14 percent said that they’d come to regret their decision to waterproof their deck themselves.

It takes more than just a stud finder and a level to hang a mirror correctly. At least that’s what the folks polled by Sears discovered, as 14 percent of them said DIYing this project was a mistake. And for a different kind of danger that could be in your house, check out which “Protective” Product Is Being Recalled Due to Fire Risk.

There’s a reason why there are professional painters out there: getting an even finish on your walls is harder than it seems. In fact, 14 percent of DIYers said that painting walls themselves was a negative experience overall.

While patching drywall may be simple enough, actually hanging and taping drywall panels isn’t as easy as it seems—14 percent of the folks polled by Sears said doing so led to a negative outcome. And for more great home design tips delivered to your inbox, sign up for our daily newsletter.

How hard could putting in a new backsplash really be? According to the folks polled by Sears, a lot harder than you’d expect. Among survey respondents, 15 percent said they’d had a negative experience trying to do a DIY tile job, making it only slightly less regrettable than under-cabinet lighting. And for more DIY tips and tricks, read up on The Reason You Should Never Use Wallpaper in Your Bathroom.

You can do it! Virtual handyman can help with home improvement projects