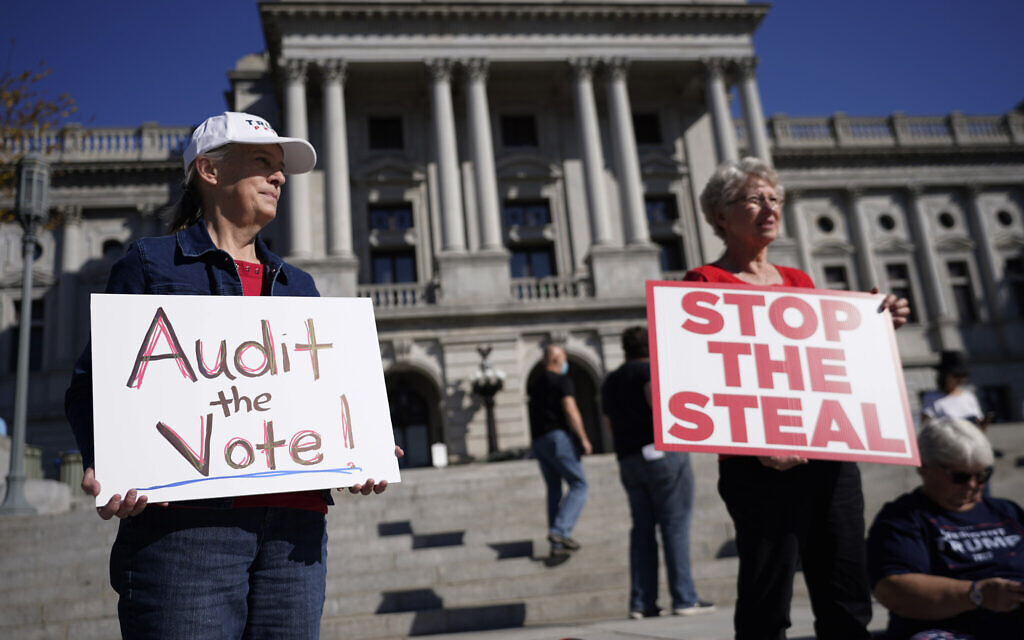 PHILADELPHIA (AP) — Republicans suffered setbacks to court challenges over the presidential election in three battleground states on Friday while a law firm that came under fire for its work for US President Donald Trump’s campaign withdrew from a major Pennsylvania case.

The legal blows began when a federal appeals court rejected an effort to block about 9,300 mail-in ballots that arrived after Election Day in Pennsylvania. The judges noted the “vast disruption” and “unprecedented challenges” facing the nation during the COVID-19 pandemic as they upheld the three-day extension.

Chief US Circuit Judge D. Brooks Smith said the three-judge panel kept in mind “a proposition indisputable in our democratic process: that the lawfully cast vote of every citizen must count.”

Republicans have also asked the US Supreme Court to review the issue. However, there are not enough late-arriving ballots to change the results in Pennsylvania, given President-elect Joe Biden’s lead. The Democratic former vice president won the state by about 60,000 votes out of about 6.8 million cast. 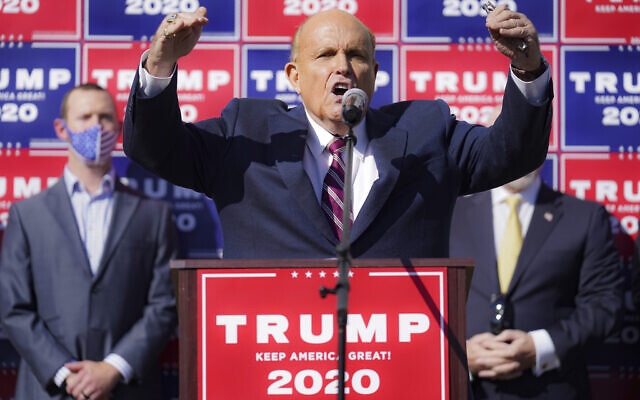 Former New York mayor Rudy Giuliani, a lawyer for President Donald Trump, pauses as he speaks during a news conference on legal challenges to vote counting in Pennsylvania, Saturday Nov. 7, 2020, in Philadelphia.

The Trump campaign or Republican surrogates have filed more than 15 legal challenges in Pennsylvania as they seek to reclaim the state’s 20 electoral votes, but have so far offered no evidence of any widespread voter fraud. They’ve pursued similar litigation in other battleground states.

In Michigan, a judge Friday refused to stop the certification of Detroit-area election results, rejecting claims the city had committed fraud and tainted the count with its handling of absentee ballots. It’s the third time a judge has declined to intervene in a statewide count that shows Biden up by more than 140,000 votes.

And, in Arizona, campaign lawyers sought to withdraw efforts to seek a manual inspection of ballots in metro Phoenix, as it became clear the number of ballots at issue could not change the outcome of the presidential race. In the filing, Trump attorney Kory Langhofer alluded to updated election returns that show Democrat Joe Biden ahead by more than 11,000 votes, with about 10,000 ballots left to count.

Meanwhile, legal giant Porter Wright Morris & Arthur, which had come under fire for its work for the Trump campaign, withdrew from a lawsuit that seeks to stop Pennsylvania officials from certifying the election results.

Porter Wright filed the motion Thursday, as criticism grew that law firms backing the Republican election challenges were helping Trump defy the will of the American people. 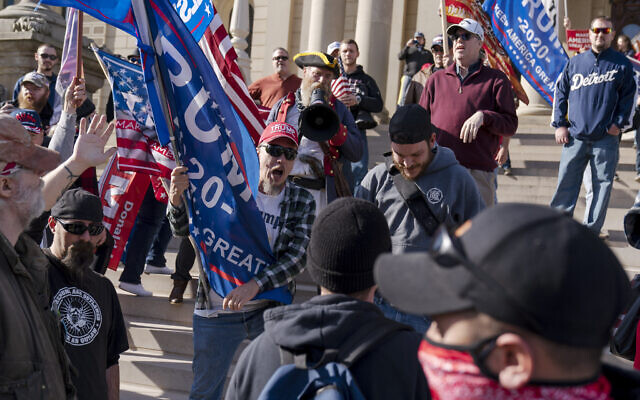 Porter Wright, which has earned more than $700,000 from the Trump campaign, appeared to take down its Twitter feed Tuesday after it was inundated with attacks. The payments include more than $140,000 paid through a Republican National Committee account for “recount” challenges, according to Federal Election Commission records.

The firm did not reply to specific questions about the Twitter feed or whether it would stop representing the Trump campaign entirely. In a statement earlier this week, the firm said it had a long history of handling election law cases for Democratic, Republican and independent campaigns. They still appear to be working for the campaign on several other suits in Pennsylvania.

“At times, this calls for us to take on controversial cases. We expect criticism in such instances, and we affirm the right of all individuals to express concern and disagreement,” the Ohio-based firm said. 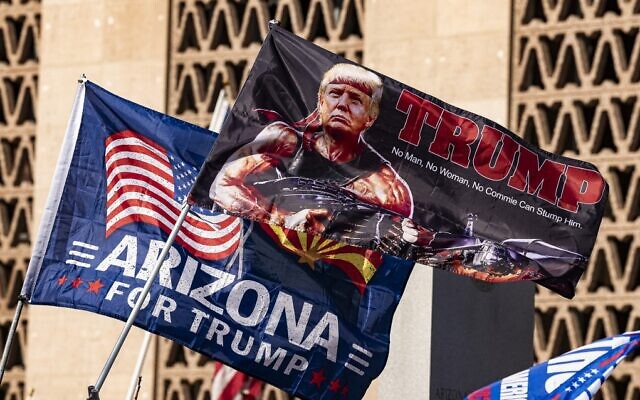 Supporters of US President Donald Trump hold flags as they demonstrate in front of the Arizona State Capitol in Phoenix on November 7, 2020. (Olivier Touron/AFP)

Their withdrawal leaves local election lawyer Linda A. Kerns of Philadelphia as the only remaining attorney on the certification case filed in federal court. Kerns was in court for the Trump campaign Friday in a state case in Philadelphia that involves a challenge to about 8,300 mail-in ballots in which voters made alleged technical mistakes. The judge in that case did not immediately rule.

The US appeals court, in denying the request Friday for a temporary injunction, said it was not ruling on the wisdom of the three-day extension or the state court’s power to grant it.

Instead, the court said the private citizens who sued — the congressional candidate and four voters — do not have the right to stop ballots from being counted that were filed by voters following the stated rules.


You’re serious. We appreciate that!


We’re really pleased that you’ve read X Times of Israel articles in the past month.

That’s why we come to work every day – to provide discerning readers like you with must-read coverage of Israel and the Jewish world.

So now we have a request. Unlike other news outlets, we haven’t put up a paywall. But as the journalism we do is costly, we invite readers for whom The Times of Israel has become important to help support our work by joining The Times of Israel Community.

For as little as $6 a month you can help support our quality journalism while enjoying The Times of Israel AD-FREE, as well as accessing exclusive content available only to Times of Israel Community members.

Already a member? Sign in to stop seeing this

Out Of Office, Trump Could Face Significant Legal Peril : NPR