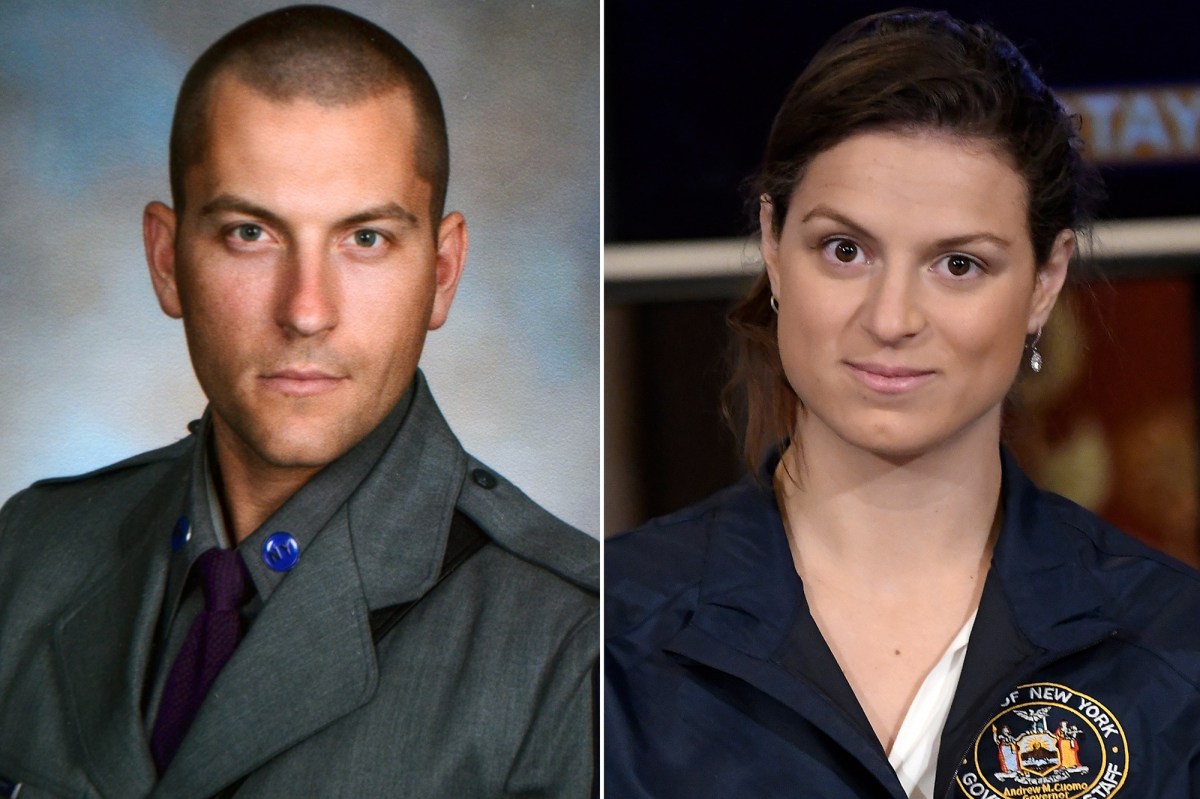 The state trooper who struck up a relationship with Gov. Andrew Cuomo’s daughter — much to her father’s dismay — is a former tennis pro with washboard abs.

Dane Pfeiffer, 35, played the sport while a student at Skidmore College and later competed in two overseas tournaments, according to online records.

A photo posted online by his older sister in 2008 shows Pfeiffer’s glistening, chiseled physique as he walked, shirtless, off a court with a racquet in his hand.

Other photos, also posted in 2008, show him in selfies snapped during what appears to have been a mountain hiking trip in the western United States.

In several, he made goofy faces while posing amid the scenery and some also feature a pal mugging for the camera who’s tagged as Dan Coffee.

Coffee appears to be a 38-year-old resident of Old Lyme, Connecticut, where Pfeiffer grew up. He didn’t return a message seeking comment.

A 2012 photo also shows Pfeiffer wearing a yellow sports jacket at an event with his parents, John and Marga Pfeiffer, and his sister, Aubris Pfeiffer.

Pfeiffer, who became a trooper in 2015, was a member of Cuomo’s security detail until he began dating Cara Kennedy-Cuomo, 25, about seven months ago, sources have said.

The governor “didn’t like whatever they were doing,” and Pfeiffer was reassigned to a state police station in Plattsburgh, about 20 miles from the Canadian border, according to the sources.

The move was the result of a May 24 request by Pfeiffer for a “voluntary transfer” to help “further his career advancement,” according to the state police.

Pfeiffer apparently acquired a love of tennis from his dad, a retired archaeologist and tennis coach.

In 2010, John Pfeiffer was named “All-Area Boys’ Tennis Coach of the Year” after the Old Lyme High School “Wildcats” racked up a 19-1 record and won the Shoreline Conference regular season title, according to a report by The Day newspaper.

The article also described Dane, then 25, as a tennis pro and coach.

In August 2010, he made it to the second round of the Lithuania F1 Futures tournament before losing to a rival from Belarus, 6-2, 6-2, according to the CoreTennis.net website.

That same month, he also competed in the Austria F3 Futures tournament but he didn’t advance past the first round, the site shows.

Pfeiffer and a partner from Switzerland got a walkover to the tournament’s doubles quarterfinals, where they lost to a team from Czech Republic, according to the official ATP Tour Web site.

Pfeiffer, who owns a house in Saratoga Springs, near Albany, hasn’t been spotted there since Monday.

Last week, Cuomo said his daughter — who moved into the Executive Mansion near the start of the coronavirus pandemic — “went to see a friend for a couple of days.”

Pfeiffer, who declined to speak to The Post when reached by phone earlier this week, didn’t immediately return a message Friday.