Chipotle teams up with dating app to feed pandemic daters 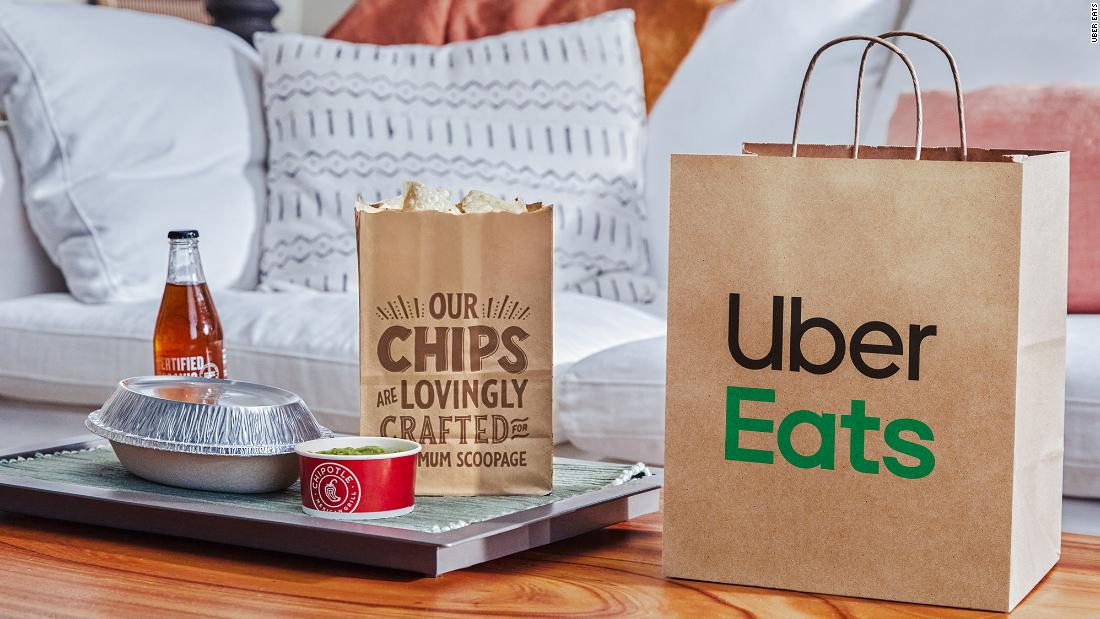 With social distancing regulations, finding romantic connections has been an increasingly difficult struggle for many Americans during the pandemic, and going on lunch and dinner dates is trickier than it used to be. Chipotle, Uber Eats and Hinge are teaming up to create a new menu that encourages dining during distant dates.

Hinge users can now fill out a prompt in the dating app that lets prospective partners know what their Chipotle (CMG) order is. You know, if you want to date and dine with burritos. The prompt will say, “I’ll bring the burritos if you bring…”, encouraging daters to complete the sentence.

And if things get serious and you’re thinking about letting your new romantic partner enter your Covid-19 pod, there’s an option to share an entree, chips and salsa.

The menu was inspired by “cuffing season,” a period of time when single people begin looking for short term partnerships to pass the colder months of the year.

It will be available exclusively on Uber Eats from November 12 to December 5, and it includes the following:

Hinge users will get $20 off their next three orders of Chipotle delivered with Uber Eats. So it’s a win-win … if the conversation goes well, that is.

In addition, 10 Uber Eats customers who order from the Cuffing Season Menu will have the chance to win dating advice from actress Rebel Wilson.

This partnership is not the first of its kind, and Hinge teamed up with Wilson for a different campaign in 2019. Dating app partnerships are common in a space where competition is fierce.

The pandemic has inspired dating apps — and dating app users — to get creative. In July, Tinder tested out a video chat feature, and leading up to the election, people used dating apps to reach voters in swing states. And some people have even taken to Zoom to date, participating in “Zoom Bachelorette,” a twist on ABC’s “The Bachelorette” franchise for the quarantine times.

Selena Gomez and Jimmy Butler Rumored to Be Dating